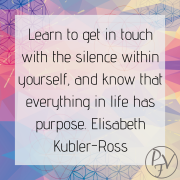 How To Discover Your Life’s Purpose part 3

How to Examine Your Present, Past and Passions

Choose the right environment for this process

Wait for the answer

It Won’t Happen Overnight, But It Will Happen

I believe that discovering your purpose is a bit like refining gold. Some gold is easy to find and can be extracted out of a riverbed, using a simple pan. Other gold must be dug out of the ground and, even then, it is hidden in the rock that is removed.

Some people discover their purpose relatively easily, much like someone panning for gold in a river. It isn’t buried deeply, so it is easy to find, and easy to define.

Others must work hard and dig deeper to discover their purpose, much like those who mine for gold underground. Their purpose is buried beneath years of a life lived doing something else. It is buried under a lifetime of old habits and beliefs. Sometimes, not even a glimmer of it is in sight, because it has been forgotten.

Be aware that following the steps above to discover and refine your purpose will require deep thinking on your part and will take time.

However, I promise that every minute you spend and every ounce of effort you put into this process will be worth much more than you ever expected.

“repeated and unreasonable behaviour directed to a worker or group of workers that creates a risk to health and safety”.

Bullying can include such behaviours as:

Reasonable management action taken in a reasonable way is not bullying.

My experiencE of Being Bullied At Work

I was bullied at work in the mid 2000’s. I didn’t recognise it as such until afterwards, when a friend put the name “bullying” to what I was describing.

The person doing the bullying was my then supervisor. Let’s call her Veronica for the purposes of this article.

Veronica worked part time, and had Tuesdays and Wednesdays off. She would often give me a large piece of work to do, some time on Monday, and ask me to have it completed before 5pm Monday.

This often put me under extraordinary pressure, as the work was more than could reasonably be completed in the short time available. But I comforted myself with the thought that perhaps Veronica was requesting this so that she could look at the work whilst she was at home.

However, I found out that Veronica very rarely took my work home, and it usually would sit on her desk until she got back on Thursday. So, the deadlines were arbitrary and unnecessary.

I could seem to do nothing right. I found this quite distressing, as I am someone who pays careful attention to verbal instructions, and will ask questions to clarify anything I don’t understand.

I eventually refused to take verbal instructions from Veronica, and would only accept instructions in writing, so I had written proof of what she had asked me to do. This made things a little better. However, Veronica then sometimes would replace my name on work with hers, without my knowledge, and then take credit for the work at meetings. The straw that broke the camel’s back was when Veronica referred to me one day as her “worker bee”, which made me feel completely worthless.

My distress and anxiety increased over the months, until it got so bad that I would get chest pains whenever I heard Veronica enter the office first thing in the morning. The first time this happened, I thought I was having a heart attack! Thankfully though, it turned out to be stress related heartburn, for which I had to take medication for many months.

How I Handled It

I took a course on emotional intelligence, mainly to get out of the office for the day. The facilitator, Barbara Miller, was an organisational psychologist and a life coach, and so I asked her to take me on as a client to help me cope with what was going on at work.

Over a number of months, I worked with Barbara on rebuilding my shattered self-esteem, and implementing techniques for coping with stress. I learned that my value as a person wasn’t dependent on what others thought of me, but what I thought of myself. I started reciting positive affirmations to myself about my ability and my value during the bus journey to and from work each day. Finally, I began to really believe again that I was a person of value, who had something worthy to contribute.

After 3 months of coaching, I had the strength to do what I knew I had to do. I knocked on Veronica’s door, marched into her office, and told her that “her management style was making me ill”. I said that I would not work with her anymore, and that whilst I looked for another job, I would like to be transferred to another section and work with a different supervisor. Thankfully, she agreed.

I am so grateful to Barbara, and for the work we did together. It saved my sanity, and gave me the strength to get another job, where I worked happily for a number of years. It also taught me about the importance of drawing upon my own beliefs as the main source of my self-esteem, rather than relying entirely on others to make me feel good, or bad, about myself.

What You Can Do If You Are Being Bullied At Work

If you don’t want to do what I did and change jobs, you have a number of options.

Safe work Australia has a good page on bullying here. This page suggests:

I would add to this list, contacting your union if you are a member.

Most importantly, please remember that you are not alone. Seek support where ever you can, from family, friends, colleagues or even a coach as I did. Please also, look after yourself.

Editors NoteThis post was first published on 3 June 2016, and has since been edited to update and expand upon the information in the original post. 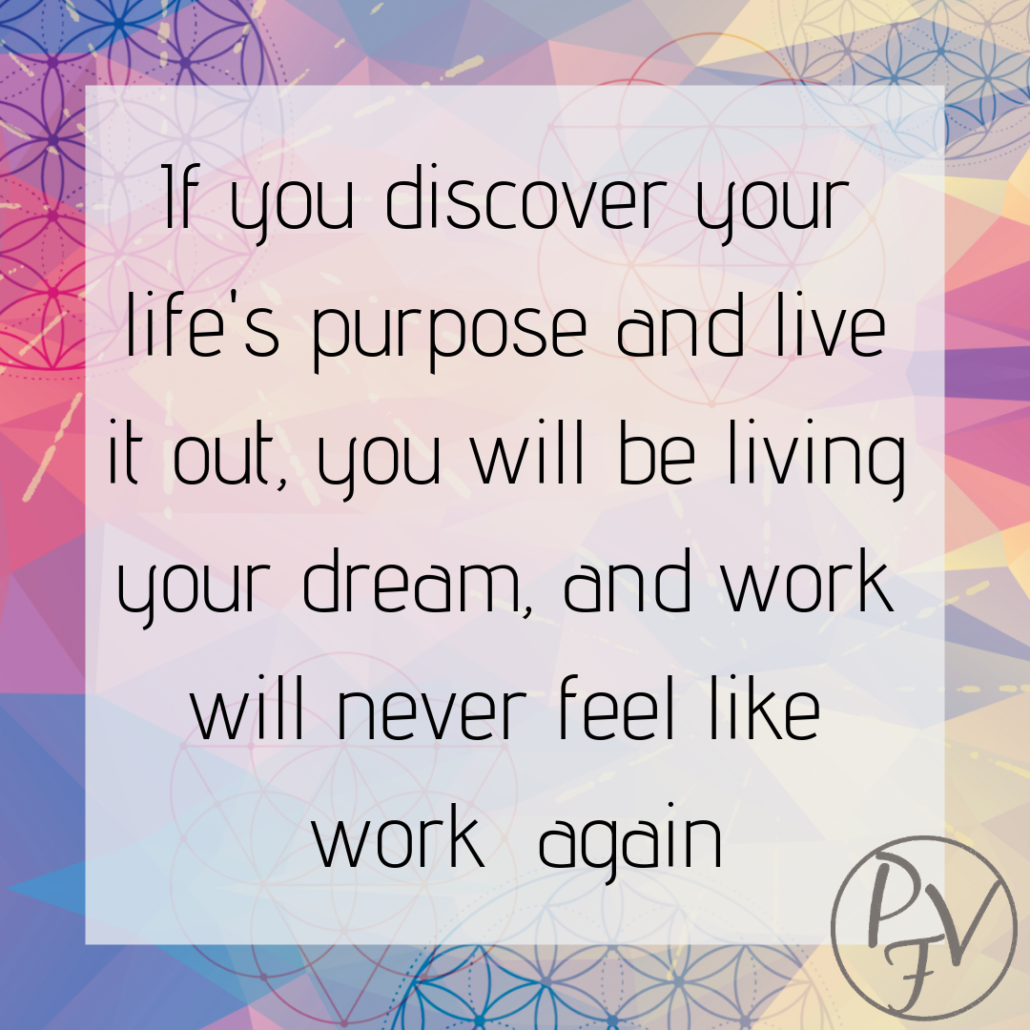 Consider what you do each day. Are you following your passion and doing what you love?

If not, are you following in the footsteps of a relative and doing what they did? Are you doing a job that someone said you’d be good at, or would earn you lots of money? If the answer to either of the last 2 questions is “yes”, it’s possible you may be living someone else’s dream.

Searching for my dream

In high school, I had the opportunity to do work experience with a physiotherapist, and I loved it. So, I structured my Years 11 and 12 subjects to qualify me for entry into Physiotherapy studies at university.

None of the Australian physiotherapy schools would take me back then, due to my total blindness. So I enrolled in the North London School of Physiotherapy in the UK, a school specially designed to train blind physiotherapists.

It’s a long and complicated story, which I won’t go into here, but after 4 months at the school, I was advised to return to Australia and study something more academic. I remember sitting, broken hearted, in my Aunt’s lounge room in England, and asking her what I should do. I had been so focused on becoming a physiotherapist, that I had no other ideas about what to do with the rest of my life.

My Aunt said: “You’ve got a good brain, why don’t you study law?”

I didn’t know the first thing about lawyers, or what they did, but I returned to Australia and obtained a combined Commerce Law degree.

Fortunately, I enjoyed studying, and working in the legal profession. In fact, I worked as a Government lawyer for 17, mostly happy, years. However, while I didn’t realise this at the time, being a lawyer wasn’t my dream, but my Aunt’s.

Like many other people, I got up every day and went to work, and enjoyed what I did. But I always envied those people I would see on TV who were following their passion. They would say things like: “I work 18 hours a day, but I love it so much, it doesn’t feel like work”, “It’s what gets me up in the morning” and “At last, I’m doing what I’ve always wanted to do”.

After taking a redundancy and running a network marketing business, I retrained as a John C Maxwell speaker and coach.

As I started coaching clients, and did a little speaking, people began to say how I encouraged and inspired them. This puzzled me at first, as I was just being myself, but I eventually realised that to inspire and encourage others is my life’s purpose.

My dream is to inspire and encourage others, through speaking, coaching and writing, to discover their life’s purpose. I love what I’m doing. work doesn’t feel like work as I’m following my passion and living my dream.

Discover your life’s purpose and live your dream

If you are living your dream, fantastic! Please comment and tell me about it.

If not, have you adopted someone else’s dream and made it fit? Wouldn’t you rather discover your life’s purpose, and live your own dream? Comment with “Purpose” and I’ll send you some information on how you can do this.

This post was originally published on 18 July 2016, but has since been updated. 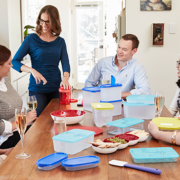 If you are miserable in your job, find great stuff to do after work.

I once was in a job in which I was miserable because I didn’t have enough to do. I know that’s very unusual these days.

So, I started selling Tupperware. It was great! I had something to look forward to every weekend, and sometimes in the evenings during the week. I was going out more than I had in the past, and was meeting lots of new and interesting people.

I’m not necessarily suggesting that you go out and sell Tupperware. But I do recommend that you find something to do after work, or on weekends, that you really enjoy. It will give you something to look forward to on a regular basis, and make it much easier to think about something other than work when you’re not at work.

If you like this content, please consider sharing it on your favourite social media, or even emailing it to someone who you think might benefit from it.

Until my next blog post, have a great day and #DoWhatYouLove