“repeated and unreasonable behaviour directed to a worker or group of workers that creates a risk to health and safety”.

Bullying can include such behaviours as:

Reasonable management action taken in a reasonable way is not bullying.

My experiencE of Being Bullied At Work

I was bullied at work in the mid 2000’s. I didn’t recognise it as such until afterwards, when a friend put the name “bullying” to what I was describing.

The person doing the bullying was my then supervisor. Let’s call her Veronica for the purposes of this article.

Veronica worked part time, and had Tuesdays and Wednesdays off. She would often give me a large piece of work to do, some time on Monday, and ask me to have it completed before 5pm Monday.

This often put me under extraordinary pressure, as the work was more than could reasonably be completed in the short time available. But I comforted myself with the thought that perhaps Veronica was requesting this so that she could look at the work whilst she was at home.

However, I found out that Veronica very rarely took my work home, and it usually would sit on her desk until she got back on Thursday. So, the deadlines were arbitrary and unnecessary.

I could seem to do nothing right. I found this quite distressing, as I am someone who pays careful attention to verbal instructions, and will ask questions to clarify anything I don’t understand.

I eventually refused to take verbal instructions from Veronica, and would only accept instructions in writing, so I had written proof of what she had asked me to do. This made things a little better. However, Veronica then sometimes would replace my name on work with hers, without my knowledge, and then take credit for the work at meetings. The straw that broke the camel’s back was when Veronica referred to me one day as her “worker bee”, which made me feel completely worthless.

My distress and anxiety increased over the months, until it got so bad that I would get chest pains whenever I heard Veronica enter the office first thing in the morning. The first time this happened, I thought I was having a heart attack! Thankfully though, it turned out to be stress related heartburn, for which I had to take medication for many months.

How I Handled It

I took a course on emotional intelligence, mainly to get out of the office for the day. The facilitator, Barbara Miller, was an organisational psychologist and a life coach, and so I asked her to take me on as a client to help me cope with what was going on at work.

Over a number of months, I worked with Barbara on rebuilding my shattered self-esteem, and implementing techniques for coping with stress. I learned that my value as a person wasn’t dependent on what others thought of me, but what I thought of myself. I started reciting positive affirmations to myself about my ability and my value during the bus journey to and from work each day. Finally, I began to really believe again that I was a person of value, who had something worthy to contribute.

After 3 months of coaching, I had the strength to do what I knew I had to do. I knocked on Veronica’s door, marched into her office, and told her that “her management style was making me ill”. I said that I would not work with her anymore, and that whilst I looked for another job, I would like to be transferred to another section and work with a different supervisor. Thankfully, she agreed.

I am so grateful to Barbara, and for the work we did together. It saved my sanity, and gave me the strength to get another job, where I worked happily for a number of years. It also taught me about the importance of drawing upon my own beliefs as the main source of my self-esteem, rather than relying entirely on others to make me feel good, or bad, about myself.

What You Can Do If You Are Being Bullied At Work

If you don’t want to do what I did and change jobs, you have a number of options.

Safe work Australia has a good page on bullying here. This page suggests:

I would add to this list, contacting your union if you are a member.

Most importantly, please remember that you are not alone. Seek support where ever you can, from family, friends, colleagues or even a coach as I did. Please also, look after yourself.

Editors NoteThis post was first published on 3 June 2016, and has since been edited to update and expand upon the information in the original post. 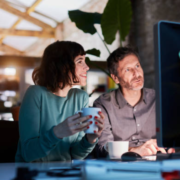 Is your job making you miserable? Get support from EAP

Applying for Promotions and Not Getting Them?

An Attitude of Gratitude Can Attract Blessing

My Aim Is To Add Value To You

How To Discover Your Life's Purpose Part 2

Could You Be Living Someone Else’s Dream?

How To Take The Catastrophe Out Of Redundancy
Scroll to top