Did you know that the brain doesn’t know the difference between imagination and reality? Observe what is happening in your body the next time you are afraid, or really worried about something. It’s almost as if the thing is actually happening to you. I used to panic about my family members dying. My heart would race, my breathing rate would increase, and I would cry, just as if they were really dying in front of me.

On the flip side, this is why athletes spend a lot of time imagining themselves winning. When an athlete imagines themselves winning, the same chemical processes are going on in their brain as if they were actually winning. This builds the athlete’s belief in themselves and their ability to win, and thus affects their emotions, and physical exertion.

One of the greatest enemies of self-belief and positive self-esteem is comparing ourselves to others. I experienced this in my business. I would constantly be comparing myself to others – how much they were selling, and how much money they were making. I would become miserable, as I was not matching them, as I thought I should be. I would begin to doubt my abilities, and would lose any motivation I had to do anything to build my business, as I felt that there was no point. Thus, my business would not grow.

Earl Nightingale says that we are all created uniquely, with unique talents and abilities, and that we therefore should not compare our journey to that of others, as it is unique to us. This has been such a revelation to me, and has released me to concentrate only on what I am doing, rather than looking at what others are doing and making a pointless comparison.
What do you think about yourself? Do you believe that you deserve the good things that happen to you? Do you really believe deep down that you deserve success? Do you believe that your dreams could come true?

I will cover how to build self-belief in my next post. 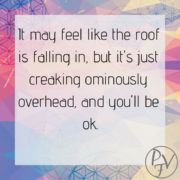 How To Take The Catastrophe Out Of Redundancy 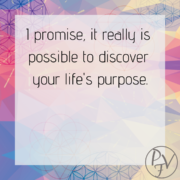 How To Discover Your Life's Purpose

8 Things You Should Do Before Looking For Another Job

I Am Living Out My Dreams, Are You?

Are You Living Out Your Life’s Purpose?

Would You Like to Increase Your Self-Awareness? How to Build Your Self-Belief
Scroll to top